Had some time while Z rode Trestle in WP - decided to head over to the Fraser in the canyon - haven't fished that area in probably 12 years or so.  They put in a cool parking area on the Strawberry Road area directly across from the pull off on the road - there are some great mountain biking trails (from what I hear) up there as well.  The parking area is pretty spacious - allows for 20 more cars or so.

I forget how nice the Fraser looks - although it was flowing pretty low.  I hiked the 3/4 mile trail or so down the hill to the water.  I jumped in that first run - seeing a could small fish hitting the surface every once in a while.  It was late - almost 11am and there was the occasional trico cloud that would come and then go - I assume that is what the fish were picking off.  Nothing in the first hole - so I moved up.

The long cable hole stretch was open so I took it.  I heard fish dimpling every once in a while.  I was trying to narrow it down to what they were eating and decided to go small - micro - with a size 22 RS2 and a size 24 thread midge in red/tinsel.  I managed a couple out of the hole - a nice 14 inch brown and later a 12 inch brown.

I hooked a bunch of dinks that all worked their way off before landing.  Did see a snake in the water - which caused me to shit my pants a little.  While fishing the cable hole, all of a sudden up on the side of the canyon there was a huge crash - a tree must have just fallen randomly.  So to answer your question - yes they make sound.

Not a highly productive day, but still a good day to be out fishing.  Fall is coming quickly - probably our last time to WP this year with hockey starting next week. 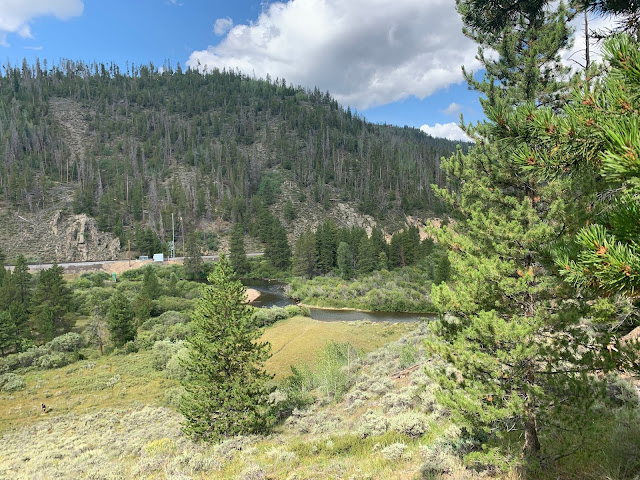 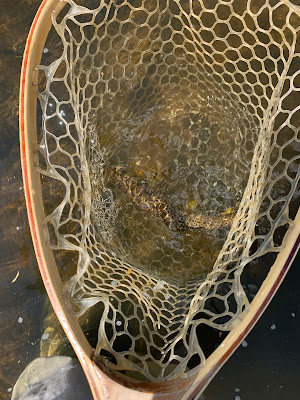 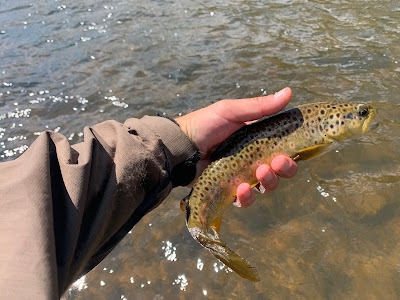